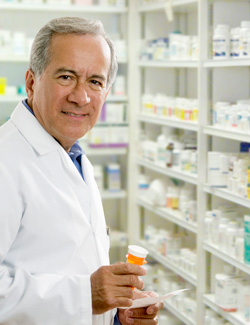 Diovan is a pharmacological drug commonly prescribed to help control blood pressure (hypertension). Many drugs have unwanted effects, called “side effects.” Does Diovan cause hair loss?

On the full Diovan label, we see that dermatologic side effects been reported rarely. They include rash, pruritus, and alopecia. Alopecia is a technical term meaning “hair loss.” So technically, Diovan has rarely appeared to cause hair loss.

Hair loss can have many causes. In men, hair loss is most often caused by androgenetic alopecia, also known as male pattern balding. Male pattern balding has strong genetic factors that may be accelerated, brought on prematurely, or exacerbated by factors including poor nutrition, poor blood circulation in the scalp, and pharmacological drugs.

In women, hair loss is often caused by hormonal problems, including excess androgen, thyroid imbalances, pituitary imbalances, and related situations. Female hair loss can also be caused by various common types of hair styling including traction (such as a tight ponytail).

Have you experienced that, when you buy a new car, you start to notice other cars like yours. It seems that everyone is driving one! But the reality is that you are just noticing that style of car because it is on your mind. In the same way, when you conduct a search on “Diovan” and “hair loss” in a search engine, you will find many personal stories about hair loss occurring while taking Diovan. These stories are also called “anecdotes.” The problem with these types of anecdotes is that they are biased, and are not part of a controlled scientific study.

A good scientific study controls for variables. Variables might include gender, age, regularity of taking the medication, exercise and eating patterns. It also may include health issues that existed before the study started, and health issues that crop up during the study. In the case of a pharmacological drug study, steps are taken to control for problems such as hair loss. Typically, any apparent side effect that may be attributed to the drug is investigated to eliminate other possible causes.

In the case of an individual subject in a drug study who started losing hair, the researchers would try to control for other variables, such as onset of hormonal problems, genetically pre-programmed androgenetic alopecia, etc. This would help them determine whether the hair loss appeared to be caused by the new drug or by some other factor.

The people who write or speak anecdotes about their experience while taking a medication are probably not in a study, and may not be under the scrupulous care of a physician who researches the cause every little health complaint. Therefore, while their hair loss coincided with taking a particular medication, their hair loss may not have been caused by the drug. A basic premise of science is “correlation does not imply causation.”

Anyone experiencing hair loss should get a full medical work-up by a physician or dermatologist to determine the cause. Many cases of hair loss are treatable by correcting the underlying condition, changing hair styling habits, improving nutrition, taking special anti-hair-loss medications, and/or having a hair transplant. 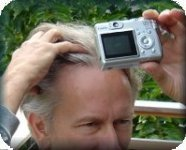